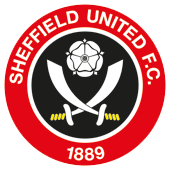 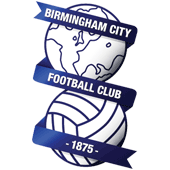 Please keep all discussion related to the match within this thread.
​
Matchday Stats/Player Ratings - https://www.s24su.com/forum/match-day/match/sheffield-united-vs-birmingham-city.552/

Millhousesblade1889 said:
Worrying thing is moose will be out for 4-6 weeks with the hamstring injury and return unfit fat moose again

He was sweating like he'd run a marathon after 30!

Back in the '16 PL season, my team (Villa) were relegated along with Newcastle. Newcastle lost their opening 2 games and their fans were wetting their knickers and saying it was a disaster. Newcastle went on to romp the Championship that season and went straight back up. There is hope

Can understand the poor performance.
The players are still in Premiership mode where they start in late August rather than in the cricket season. Give them a couple of weeks.

Well, the expected clean-up of our squad has not happened, so it's not really surprising that they still play like last years squad.

Birmingham will be dissapointed that they did not win that game by scoring another 3 goals,we are still very shit at defending balls in from the sides.

Going to be a long boring season,and my final table prediction of 10th looks to be way off.

The only two players worth watching last night were Berger and Mousset.

The two players who had me scratching my head for their play and positions in the team were Osborn and Fleck.
A

This is not me being reactionary as it will click I’m sure but anyone else think we were soft as fuck last night? Didzy, ozzy and egan the only ones rising to the fight

The Vicar said:
Could please explain what it is he is trying to do, because I am lost!
Click to expand...

I think he is looking at a possession based system but I think it's too soon for some of the players he has available ,hence his comment about needing 4/5 in ,as we saw with the goal our left hand side was totally ineffective ,personally I would have played didzy behind brewster and mousset, I think if we are bringing in viera we need to loose Norwood, the trouble is the player's in my opinion have to much of a regimented mind set after CW slav wants to bring a more free flowing interchangeable game
UTB

adamawdhali said:
This is not me being reactionary as it will click I’m sure but anyone else think we were soft as fuck last night? Didzy, ozzy and egan the only ones rising to the fight
Click to expand...

Ozzy rising to the fight

That's why we lost, cause he couldn't rise at the back post. Not his fault, that he couldn't even beat a toddler in the air. What qualities does he have?? He runs around a lot and tries, but then again so does my dog.
You must log in or register to reply here.