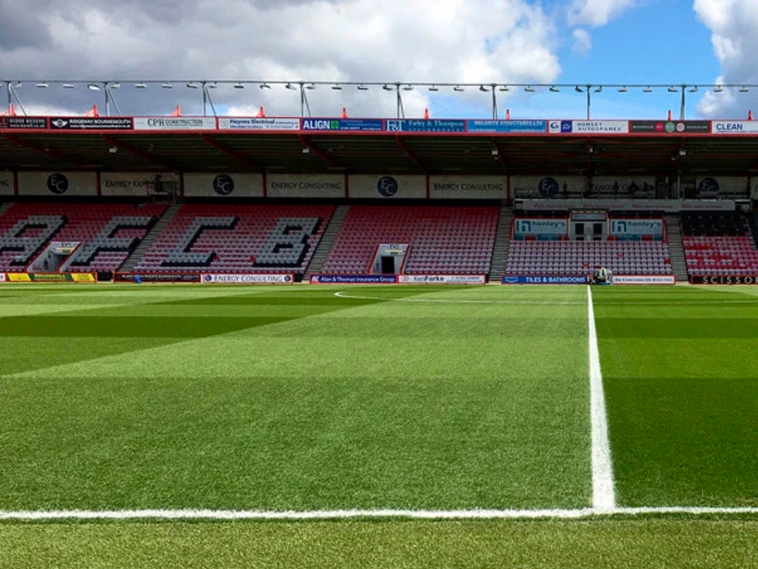 Ahead of the season opener, we caught up with Peter Bell of ‘Cherry Chimes’ (@CherryChimes / www.afcbchimes.blogspot.co.uk) – a lifelong supporter of the Cherries, to get a view from the opposition.

How would you rate your summer and pre-season? What are your expectations this season?

Pre-season was fairly good. The team flew out to La Manga in Spain where they worked for a couple of weeks and played a few games. The first match was a 3-2 win over AFC Wimbledon. One of our goalkeepers, Aaron Ramsdale, was on loan with Wimbledon last season. [Foxy – He’s from the Blades academy, so we’ve been keeping an eye on him and his loan!]

They then played Giron FC a side that had been relegated from La Liga, but they beat Bournemouth 2-1 in a very physical game.

When the team came back to the UK they drew 0-0 with WBA away and then beat Brentford 3-1 at Griffin Park. The big matches came at start of August with a 3-4 defeat against Lazio at home and then a 3-0 win over Champions League qualifiers Olympic Lyon. The side has been strengthened in pre-season with more options in defence and with the additions of Philip Billing in midfield and the attacking prospects of Harry Wilson and Arnaut Danjuma, Bournemouth will be looking to go better than their 14th of last season. I am predicting 12th place, but who knows what they could do with a good start.

My worry is the amount of injuries the squad already has. Those who have not played in pre-season or have been injured include: Simon Francis, Dan Gosling, Junior Stanislas, David Brooks, Lloyd Kelly and Lewis Cook.

An obvious link is David Brooks, it’s both fortunate and disappointing for us that we’ll not see him on the pitch this weekend. How’s he been since leaving the Blades? Do you think he’ll continue to push on this season?

Brooks had been outstanding. It’s no surprise that he has been linked with Tottenham and Man Utd over the summer. We are just very pleased to have kept hold of him because he gets past players so easily and he is just so unafraid to try something which has been so refreshing when the team needs a bit of creativity to unlock defences. Sadly, he injured his ankle in the pre-season mach against Brentford and is expected to be out for three months. He has the quality to do as well as he did last season, but he will ave more competition this time round with Danjuma and Harry Wilson added to the squad.

Lys Mousset – What can we expect?

He has had a on/off record at Bournemouth, but never really managed to hold down a place for more than a couple of games, and while we know he has a fearsome shot on him, his endeavour and busy style will also be very evident as he tries to prove that he should have been given a better chance at Bournemouth.

What are your thoughts on Sheffield United’s chances this year?

Sheffield United will have to defy everyone to stay up. They can do it, but it will need fighting for every ball and scrapping for every tackle while they must find a goalscorer somewhere in the team. The bad omen that you’ll have to overcome is that Bournemouth have played a team that has been relegated in their first fixture of the season in three out of their four seasons in the Premier League – only Man Utd have overcome the dreaded fixture of Bournemouth away first game. So, don’t expect any favours from Bournemouth. The real test won’t be against the top six, your players and fans will have no trouble in getting up for those games. It is when the team goes on a long winless run, working out how to get a point and not getting demoralised. If Chris Wilder can keep the players and the fans confident then you have a fighting chance of staying up. Lose that belief and you’ll sink as fast as Huddersfield Town did last season!

Who should we look out for at the weekend and in your opinion what is our best chance of securing a positive result?

The biggest threat from Bournemouth will come from Callum Wilson. You probably know more about him than any other Bournemouth player as he is now in the England squad. He’s quicker and stronger than everyone expects and his heading ability has come on substantially in the last 12 months. He might miss a chance but he doesn’t usually miss the second or third chance he gets. Sheffield United’s best bet is to stop the supply to King and Wilson. That means trying to stop Ryan Fraser in particular. Many teams try but he’s a strong Scot who just gets up against and wins free kicks in great positions around the box. Bournemouth do sometimes over play at the back as well, but if Sheffield United think they can push players forward they will find Bournemouth can be devastating on the break when it all clicks.

What are your predictions for the game?

It should be an electric atmosphere and the first 15 minutes will probably decide the whole match. If Sheffield [Foxy – United!] can hold out in that opening spell and grow into the game it could be a tight contest, but I believe Bournemouth will get an early goal and it really will depend how Sheffield United’s players respond to that. My prediction is a 3-0 home win.

Whatever the result, enjoy the season and sing loud for your team. Bournemouth will welcome the Blades, we haven’t the biggest of grounds but we make a lot of noise and you get right up close to the action. The lucky few of your supporters who have got tickets will have a great day out win, lose or draw.

Thanks to Peter for the thoughts on the opening game of the season, follow our coverage from the trip south via our twitter account – https://twitter.com/s24su and discuss the game with fellow Blades on our busy forum – https://www.s24su.com/forum 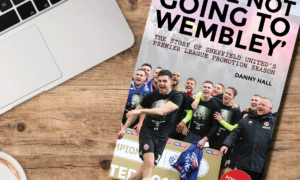 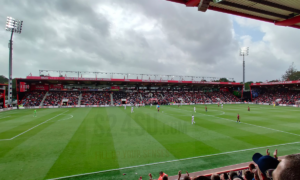