A follow up from his book covering the promotion from League One, journalist, Blades fan and S24SU Forum member Danny Hall has released his second book – celebrating United’s promotion last season.

Once again charting the promotion-winning season and featuring exclusive interviews with players, Danny also includes contributions from supporters and photos of the journey to the Premier League – including a few from the raucous celebrations!

A must read for Blades fans, the first copies of ‘We’re not going to Wembley‘ are just being dispatched as we count down to the new Premier League season, what better time to re-live the achievements which put us there? With a foreword from Chris Wilder himself, along with many anecdotes from the dressing room, it’s sure to whet your appetite for the challenge ahead.

If you fancy getting your hands on a copy, the book can be purchased via the following link: https://www.verticaleditions.com/product/we-re-not-going-to-wembley-paperback-pre-order-foreword-by-chris-wilder

We’ll follow up with a review as we plow through the book, so watch this space… spoiler alert – it’s got a cracking ending!

We’re also giving away a copy to one lucky reader, so if you fancy winning one simply follow @s24su on twitter and retweet the following to enter:

Fancy winning a copy of 'We're not going to Wembley' by @dannyhall04?
To be in with a chance simply follow us, then:

We'll pick a winner at random ahead of our season opener at @afcbournemouth – https://t.co/7z2rGTAzKt #sufc #twitterblades pic.twitter.com/JAuKa6gRLI

We’ll pick a winner on the opening day of the new season, so keep your fingers crossed for a double celebration! 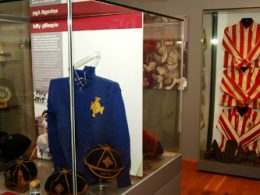 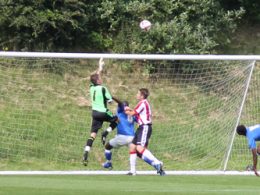 Sheffield United’s under 18s ensured it would be an unbeaten pre-season with this 2-1 victory over a big,…
bybeechblade 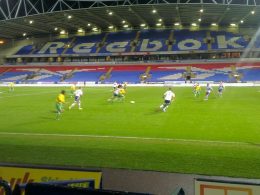 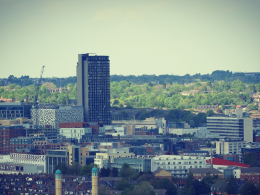