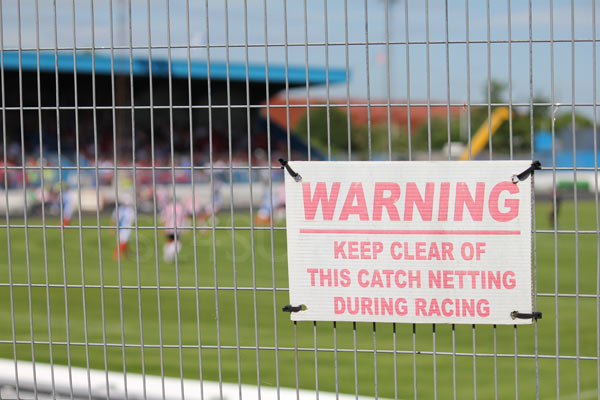 Following on from the win against Greenock Morton, the Blades took on Cowdenbeath in their sunny home town on Saturday.

With a slightly larger Blades following than midweek, Weir’s men took on his former team-mate Colin Cameron’s “Blue Brazil” side in the distinctive surroundings of Central Park, doubling as a stock car track. New boys Brandy and McGinty were handed their first starts for the club and Jahmal Smith and Jordan Hodder had joined up with the squad with trialists Grainger and Saunders having left following a short trial.

As the supporters and respective benches enjoyed the sun, it was the home side that carved out the first chance with Stevenson hitting a free kick into the United wall.

Michael Doyle was to join those spending the afternoon watching on and getting a tan, hobbling off with what looked like a thigh problem, replaced by Jahmal Smith on ten minutes. Playing deeper than he normally does for the academy, Smith saw plenty of the ball in his opening moments of the pre-season and looked eager to impress the new boss. Febian Brandy made himself popular with the locals after leaving O’Brien in a heap after jumping into a 50/50 ball.

Elliott Whitehouse and particularly Jamie Murphy were the most active in the midfield, with the latter trying to attack his man and create a chance where possible. A trade mark long range effort from Harry Maguire was blocked by a defender, before the home side broke down the left and sent a dangerous looking ball across Howard’s six yard box, thankfully, no-one could get on the end of it.

Cowdenbeath came closer five minutes before the break, with McKenzie latching onto a speculative ball forward, but although he shot past the onrushing Howard, his effort went wide.

It was to be the Blades who broke the deadlock, Smith broke through and had a shot deflected wide for a corner. The resulting Murphy corner was initially cleared, but the ball back in was eventually finished by Chris Porter for his second in as many games. Weir once again made wholesale changes at the break, this time making 10 substitutions and giving Jahmal Smith an extended run as the only first half participant to remain on the pitch.

The Blades had the first effort of the second half, with McGinn firing a shot over the bar as United looked to build on their slender lead.

Ironside was determined to make a nuisance of himself and had his first real opportunity as Cresswell sent in a corner from the right hand side, the young strikers header ended up over the bar and onto the racetrack. Two chances for the same man followed, with his left footed effort beaten away by the keeper before another great save from the trialist tipped an effort bound for the top corner over for a corner.

Sandwiched between Ironside’s chances, George Willis got his first real action of the game, saving down to his right as the home side looked to pressure.

There was nothing the young keeper could do about the next one though, with a cracking left footer from Jordan Morton picking out the bottom corner from 25 yards.

Having come into the game more as it went on, the home side had a chance to win it in the final moments, with Russell capitalising on a mistake from United, but putting his effort over Willis’ bar. 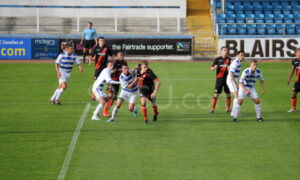 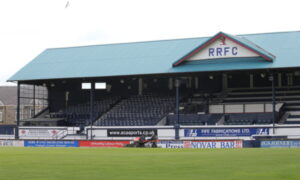