Two years ago, Sheffield United programme editor Kevin Cookson approached Blades Supporter Liaison Officer John Garrett with the idea of John writing an article for the match day programmes for the coming season that Kevin was in the process of freshening up.

As one of the Club’s historians and founder of the Legends of the Lane museum facility, John had amassed a wealth of stories and tales relating to many of the great players and characters to have graced Bramall Lane down the years – add to this the fact that John Garrett is a lifelong fan from a long line of occasionally eccentric Blades and it would be fair to say that there was a good chance that it would work.

Banter dictated that John kept telling Kevin Cookson it was the only thing in the programme that would win an award – he was on the wind up of course, the content of the Blades programme is always superb – imagine the stick that was given out when the new item actually won programme feature of the year!

Folklore and Fables is now moving into its third season in the programme and still receives many compliments and plaudits from avid readers, it’s JG’s view on Club history seen through his own often very cock-eyed red and white tinted spectacles and is never the standard stats based recounting of days gone by – it relates to his life as a supporter growing up in a football mad family in the city of steel.

If you want to know where the late and the great of Sheffield United are buried, how bad a driver his dad was, how John and Stuart McCall’s fates were tied up by their fathers during the war, or how Sabella came to be in a basket under the sideboard of 38 Wickfield Grove then don’t miss this book!

The foreword is by Chris Morgan, a long suffering friend and colleague of John and is packed with great pictures and stories in what can only be described as John’s own unique style; and is edited by United’s Programme Editor, Kevin Cookson.

Priced at £10.99 and printed by Sheffield’s own Pickard Communications, just a stone’s throw from Bramall Lane, it comes just at the right time if you are searching for a Christmas present for the Blade in your life, or simply want to sit down and enjoy a good read and, very occasionally, a bit of a chuckle!

John Garrett is one of Bramall Lane’s characters and will be in the Blades Superstore prior to the home fixture with Gillingham on Saturday 16th November (from 1pm) for a chat and, if you wish, to sign a copy of the book, although, as he says: “My signature could very well devalue the book for you, you have been warned.” 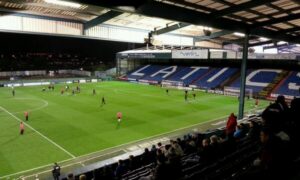 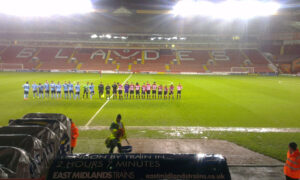