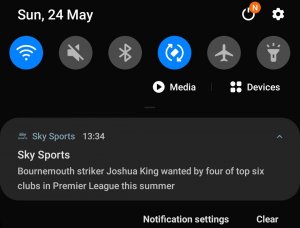 Ok, so tongue in cheek but still... funny to think of us in these terms.

Ok, so tongue in cheek but still... funny to think of us in these terms.
Click to expand...

Well, I can't see Man City or Liverpool being interested, so

Ok, so tongue in cheek but still... funny to think of us in these terms.
Click to expand...

He would take us to the next level ... Knockout stage of Champions League ... he needs a new challenge and CW would get him back to his best

Getting carried away with the game in hand

It says top six but what they most likely really mean is Man C, Man U, Liverpool, Arsenal, Chelsea, Tottenham.

Defender of the maligned

Just completed my scouting:
1. Check stats.
2. Watch Youtube vid.
If this guy's out of our league then so is Fleck.
Eze looks a better bet.
Makes me glad we're 7th (with a game in hand).

He will probably end up at Man U instead of Ben Yedder who they should have signed last summer.

Carlton Blade said:
Out of our financial bracket and I can't imagine he'd see us as a step up
Click to expand...

We're definitely a step up from Bournemouth, but I agree he wouldn't see us as big enough step.

Location
The United heart of Sheffield

Guesty said:
We're definitely a step up from Bournemouth, but I agree he wouldn't see us as big enough step.
Click to expand...

I agree Guesty , certainly not for the time being. In future who knows though? And it's surprising what a modicum of success can do to alter people's perceptions about any club, so onward and upward we continue. Wilder will do what Wilder does, and that's based on the assumption that he remains our manager for the foreseeable future. If the Prince is at our helm, if he shows the resolute approach to helping Wilder drive this club forward as he's done this season, well at least we'll stand a fair chance of remaining a Premier Division club. There are far too many variables to gauge what can and will happen. Certainly a player like King would seem to fit the Wilder mould, but when you throw in wages, fees, agents, then you're looking at a package that currently is beyond us. In a few years, well who knows? By then the money we require for shirt sponsorship, or whatever other form of sponsorship we can manage to negotiate, plus the funding that's currently on offer for being a Prem club, will enable us to offer wages that make our current outgoings seem sleight in comparison.

As things stand we've done remarkably well. The players have stepped up, they've done so by continuing to play the style of football that we've come to associate with the managerial and coaching skills of Wilder and Knill, and through subtle adjustments plus generally decent recruitment we've maintained our ascent to this country's top Division. The rapid rise from the bottom of Division One to the Premier Division has been little short of astonishing when you factor in the budgets that Wilder has had at his disposal, plus the lack of harmony between our former owner and our current one. All told this has only added to the achievements of our manager. Clearly, the key to any progress is going to be retaining him as manager of SUFC.

Location
Luring disco dollies to a life of vice

Blade for life (despite everything)

Get Sander on the case- will know him from the Norway squad. He’ll know Mousset as well from Bournemouth. Also Ramsdale if we’re after him.

They can all sit together on the bus and talk about Vikings and Sandbanks beach.

Great to see you back in the " 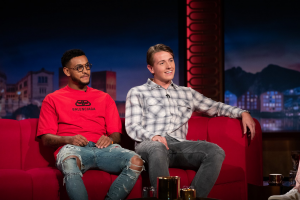 Bloody hell. How short sighted is he ?
They look like the specs my optician makes me wear when I go and get my eyes tested !

This would be a marquee signing.