Ahead of their trip up to Scotland later this week, the Blades Under 18’s squad kicked off their pre-season in the sunshine with Notts County the visitors to Shirecliffe.

Despite the heat, the game got off to an energetic start, with the Blades 1-0 up within minutes of the kick-off. Jason Paling and Otis Khan linked up well to create a chance for Cockerline, who slotted home from around 6 yards.

In a game played at a good pace despite the weather, the Blades could have been 2 or 3 up in the first quarter of an hour, with little pressure from the visitors. With the ref fancying a break as much as looking after the players, a drinks break was called on 20 minutes with the Blades looking good for their slender lead.

Despite the chance to re-group, the visitors found themselves further behind shortly after, with Cockerline this time turning the provider. Good work on the edge of the box found Joel Coustrain with a chance to shoot, leaving the keeper with no chance burying the ball in the top corner.

The Blades had been good value for their first half lead and shuffled the pack at half time, bringing on Owen, Hodder, Scarisbrick, Cheeseman, Kedman, McDonagh, Whiteman, Wright and Eyre – leaving only the impressive Partodikromo from the side that started the game.

It wasn’t long before the Blades found the net again when around a quarter of an hour into the half, full back Kedman pulled the ball back for Jake Eyre to finish calmly from around 10 yards.

Not ten minutes later, Eyre tormented the visitors further, easily beating his man before firing into the bottom corner with his left foot from 20 yards.

With the post possibly still shaking, the Blades went down the other end with Hodder playing a through ball on to Eyre, who made no mistake bagging his hat-trick and putting the Blades 5-0 up. This forced one County fan to leave in disgust, not happy seeing his side on the wrong end of a such a scoreline.

The disgruntled visitor was to miss his sides best moment of the game however, with Reece Fyfe notching a conciliation with a peach of a shot from 30 yards which left Owen with no chance of getting near it.

As news came through that the U16’s had drawn 3-3 on the next pitch, the referee blew for full time, with the Blades clearly happy with their start to pre-season. 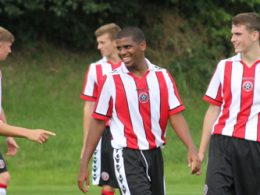 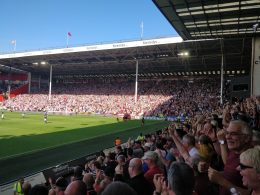 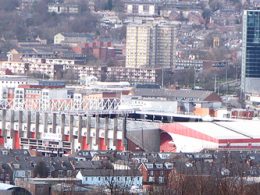 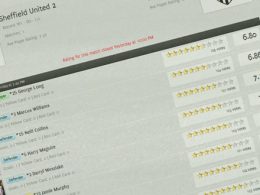 The votes are in and players have been rated on the first performance of the season. With an…
byMartin Fox