Sheffield United suffered a heavy defeat at the hands of Leicester City on a cold Saturday morning at Shirecliffe, despite taking the lead in the first half.

Jamie Hoyland made a number of changes to his side after Wednesday night’s cup game at Rochdale, with Gareth Owen taking the place of injured George Willis. Jason Paling, Kyle Scarisbrick, Ioan Evans and Elliot Ptak started as the entire back four was changed. Otis Khan, Connor Dimaio, Ben Whiteman and Joel Coustrain started in midfield with Jahmal Smith retaining his place up front, and he was joined by his replacement from that game, Owen Heather. Only four players made up the substitutes bench.

Despite the amount of changes made, it was the Blades who made the better start to the game. Owen Heather was heavily involved from the start as he charged down an attempted clearance 35 yards from goal, and he broke down the right before cutting back and crossing to the far post where Joel Coustrain latched onto it, only to be denied by a good save from the Leicester keeper. The next chance fell to Heather, as Khan’s free kick from the right hand side was headed back across goal, only for Heather to see his effort on the stretch go just wide of the post.

Leicester’s first attempt came in the 5th minute of the game, as their number 9 lifted the ball over Scarisbrick before hitting a good low volley on target, but Gareth Owen got down well to his right to tip the ball wide of the post and into the side netting. Their next chance came after 11 minutes, after some neat passing play saw the number 4 have his shot blocked well by Ben Whiteman after a good burst into the area from midfield.

For the home side, Ioan Evans was next to go close as his 14th minute header was over the bar from Otis Khan’s corner, which was won after good work down the right hand side between Jahmal Smith and full back Jason Paling, who was looking to bomb forward at every opportunity. And after being involved in this attack, it was JAHMAL SMITH who gave his side the lead in the 22nd minute after some excellent work. He picked the ball up on the right with 3 men round him, yet somehow managed to bulldoze his way through them showing great strength and power, before cutting onto his left foot in the penalty area and firing back across the wrong footed Foxes ‘keeper.

Just two minutes later, there was almost an exact replica of the first chance of the game. Owen Heather once again showed great persistence to close down an attempted clearance, before making tracks down the right and delaying the ball in to the box and finding Coustrain as he made a run into the area, the Irishman was unlucky to see his effort hit the outside of the post and go wide. The Blades were in complete control of the game up to this point and were keeping the ball well, whilst posing a constant threat.

The game quietened down considerably after that chance, with United being limited to long distance efforts from Heather and Khan respectively, testing the visitors’ keeper who saved both attempts with ease. However, his opposite number Gareth Owen made an absolutely fantastic save in the 41st minute to deny the Leicester number 11 an equaliser from just six yards out as he rose highest from a corner taken from the right.

United had a couple of chances to double their lead in the next few minutes, with the impressive Heather involved yet again. Firstly, he beat two men on the right hand side before squaring the ball to Ben Whiteman, who met the ball perfectly with a stunning 30 yard drive with his left foot, and he was unfortunate to see the ball go just wide of the keeper’s left hand post. Heather then won a header to divert the ball perfectly into Khan’s path, and he was denied well by the keeper’s right leg as he looked to place the ball underneath him.

The Blades must have thought they’d done enough to hold their advantage until the break, but it wasn’t to be as City forced a corner down the right hand side in stoppage time and grabbed an equaliser right on the half time whistle. The corner was sent to the back post and met by the head of number 3, who bulleted his header past Owen who could have done little to stop it. This turned out to be a decisive factor in the game as the momentum shifted to the visitors massively in the second period.

Leicester started much the better side in the second half, and seemed to use the size and strength of the players at their disposal to their advantage a lot more. They had a penalty appeal rightly turned down in the first minute of the half after a challenge by Elliot Ptak, and forced a couple of early corners but they couldn’t test Gareth Owen until a ball over the top saw the number 8 with a chance to put his side in front as the Welsh keeper looked to rush out and clear the ball, only to see his attempted lob saved by the outstretched right arm of Owen.

Owen was made to work again moments later as he did well to tip over a volley from the Foxes’ number 4, who volleyed from a ridiculous angle at the right edge of the penalty area about 8 yards from the touchline. From this corner, the number 3 managed to bag his second of the game in very similar fashion to the first goal. The corner was delivered from the right, and it was met by the head of the Leicester left back 6 yards out to give the visitors the lead in the 53rd minute.

The first Blades attempt of the half came from midfield as Whiteman met the ball from 30 yards out on the volley, and despite being well struck it was a good five yards over the bar so the keeper wasn’t tested. Sadly, it wasn’t long until the home side were back under pressure as Kyle Scarisbrick put his body on the line with an excellent block to prevent the Foxes from doubling their lead, after Owen could only parry a vicious shot into the middle of the area.

With the Blades on the back foot, Hoyland reacted by introducing Tyler Williams at left back in place of Elliot Ptak. This seemed to work initially as they pressed forward and almost managed an equaliser courtesy of Owen Heather, who saw his thunderous right footed drive go just wide of the keeper’s right hand post. Jamie-Dean McDonagh was brought on for Joel Coustrain in the 64th minute, and in the 66th minute it was Connor Dimaio looking to replicate his efforts on Wednesday night at Rochdale. It was a great effort from the United captain for the day, as he picked it up in midfield before a fantastic dipping, swerving shot missed the left hand post by inches with the City keeper beaten at full stretch.

Unfortunately, this would be the last real attacking threat from the home side as Leicester controlled the last quarter of the game. They could have gone 3-1 in front as the giant number 8’s header beat Owen, only for Kyle Scarisbrick to get back brilliantly and clear the ball just before it crossed the line. Their next chance was from a counter attack, and the number 8 was again involved, displaying great pace to break down the left before squaring to the on-rushing number 4 who, to his disbelief, put his shot well wide from 10 yards out. It didn’t matter though, as less than a minute later the number 8 was rewarded for good work to beat Paling by slotting underneath Owen as he looked to narrow the angle, and give his side a two goal lead with 76 minutes on the clock. During the celebrations, Otis Khan was brought off for an under 16 player who is called Jake, but sadly I don’t know his surname.

This goal seemed to kill the game off completely, and a very quiet last 14 minutes was only interrupted by a fourth goal for the Foxes in the 80th minute. Their number 7 found space on the right wing, and delivered brilliantly to the back post where two Leicester players were unmarked, and they managed to bundle the ball home between them and put the result beyond doubt. United looked to get a consolation goal but it wasn’t to be as they didn’t create a real opportunity in the closing stages, leaving a damaging scoreline which was pretty harsh on the home side considering their dominance in the first half.

Despite the result, a very young United team showed some encouraging signs today, especially in the first half. Most of the Blades side from Wednesday night were rested in anticipation of the under 21 fixture against Leicester on Monday.

Report by DazBlade88, photo by Foxy 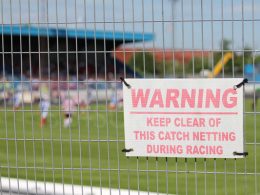 06/07/2013 – Cowdenbeath 1 – 1 Sheffield United Following on from the win against Greenock Morton, the Blades…
byMartin Fox 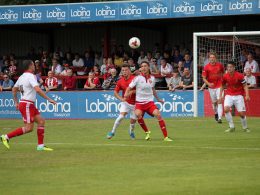 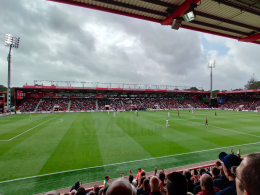