Wednesday evening saw the Sheffield United Development Squad (U21’s) play their first pre-season fixture of the summer,  taking on Sheffield FC in front of a crowd of 301.

The home side were looking to make it a hat-trick of local scalps after a 4-2 win over a Wednesday team last Thursday and a 2-0 win over Chesterfield yesterday evening, with ex-Blades academy player Jahmal Smith grabbing a brace against the Spireites.

In terms of chances, the Blades had the better of the opening stages with Jamie-Dean McDonagh first having a shot blocked by Ludlum, before Ben Whiteman saw his header go straight at the keeper.

It was the home side who were to break the deadlock though, with Brandon Cardwell heading in from a Matt Roney corner.

Despite the home side pressuring, the Blades hit back on 15 minutes with Ben Whiteman trying his luck from around 30 yards, catching out the goalkeeper who made contact with the shot but was unable to prevent the equaliser.

Club responded well, coming back down the other end and winning a corner, but Joel Purkiss could only head wide after the home side re-worked the ball.

Shortly after, the young Blades won a corner of their own… As the cross came in, McDonagh went to floor and as the referee ignored the potential appeal Julian Banton saw his shot saved by the keeper.

McDonagh was again taken to floor, winning a free kick on the corner of the penalty area around twenty yards out – his effort from the free kick was saved routinely enough by Green.

United were to have a penalty a few minutes later as Coustrain was felled in the box. Otis Khan took responsibility for the kick and buried it to the keepers left.

The Blades were in front and on the front foot, Louis Reed was next to have a go, with his shot from distance going high and wide of the goal. CJ Hamilton had an effort which was blocked well, before McDonagh miscued, seeing his shot go out for a throw in!

Club were far from out of the game however and another corner almost created a chance for Purkiss, but he couldn’t connect with his attempted header.

Khan was seeing plenty of the ball and, after beating a couple of players, forced a good save from Green as the clock ticked down towards half time.

Chris Morgan made only a single change at half time, with Jamie Hinchcliffe replacing Louis Reed at the break.

Having come on at half time, Sheffield FC keeper Poulter had an early test, but McDonagh’s 25-yard effort was too close to the keeper to really trouble him. CJ Hamilton and Hinchcliffe played a good one two, before the former fired low and wide of Poulter’s goal.

Before long, the home side restored parity, with Mark Fereday getting in behind the Blades defence and managing to dink the ball over the on-rushing Willis.

The busy McDonagh saw a shot parried away, with the home side breaking quickly to test George Willis who made a smart save to deny Longstaff.

Having scored from distance in the first half, Whiteman had another go from 25 yards, seeing his free-kick dip past the outstretched hands of the keeper and unluckily smash the crossbar.

The home side nearly took advantage of the change in personnel, with Derek Atkinson managing to round Willis only to see a great clearance off the line from Kedman to keep the scores level.

Morgan wasn’t finished there, with Whiteman, Dawkins, Paling, Banton and Kedman next to be replaced. Evans, Cockerline, Kelly, Ramsey and Fahad Ishmail came off the bench to replace them.

Kler Heh was next to try his luck from distance twice in a row, with Poulter tipping over the bar before his second effort cleared the crossbar and safely went behind.

The game continued fairly quietly, without really a chance of note before the referee brought the game to a close, both sides having had a decent work out. 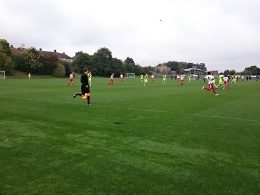 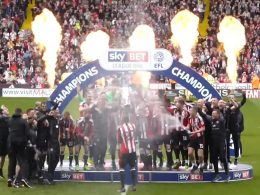 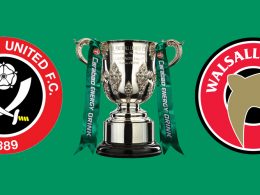 COMPETITION – Win a pair of tickets for the Carabao Cup fixture v. Walsall 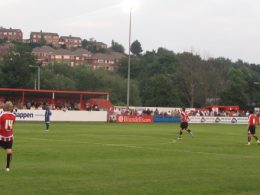 With training back under way and the new season fast approaching, Sheffield United have added another friendly fixture…
byMartin Fox