After returning from Malta, an ever so slightly shorter trip sees the Blades visit neighbours Rotherham United for one of the first fixtures in their brand new, £20million home, the New York Stadium.

After a disappointing season finishing 10th in League Two, during which ex-Blade Andy Scott was sacked, the Millers will be looking for a positive start in their new surroundings in the coming season.

With less than 500 tickets remaining in the entire stadium at 4pm this afternoon, the venue looks set to welcome a capacity crowd for the first time.

The fixture is likely to give Blades fans the opportunity of a first look at new signings Tony McMahon and Shaun Miller.

Almost a year later and to the amusement of some people, the club officially named the stadium the “New York Stadium”. Depending on who you speak to, the name originates from the iconic fire hydrants that the Guest and Chrimes factory once exported to the USA or simply that the area of Rotherham the ground is located in has always been referred to as “New York”.

Another short journey, the New York Stadium is situated within walking distance of the Railway Station and Bus Interchange.

With the South Car Park under development, car parking at the stadium is limited and restricted to pre-booked spaces. Extra parking is available on Sheffield Road however, on a first come, first served basis.

As always, we’ll be updating live from the match via Twitter, so follow us at http://twitter.com/s24su for the latest! 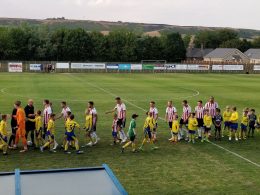 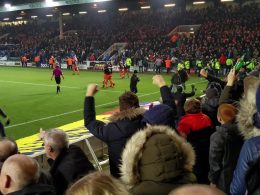 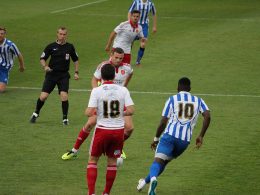