The second away fixture of the season sees our second trip to The U’s new home the “Weston Homes Community Stadium”, those missing last seasons re-arranged Tuesday night trek will be glad to note that this time around it falls on a weekend.

With draws from clashes with Preston and Portsmouth following a 3-0 loss to Yeovil in the league cup, the U’s will be looking to try and get their first win of the season against the Blades.

About the ground
In contrast to Layer Road, the new stadium is situated in a far-flung part of town surrounded by wasteland and dual carriageways. On our visit last year, we found absolutely nothing of note around the ground, it’s literally empty waste-ground, a petrol station and roads. We drove a couple of miles to the Rovers Tye on Ipswich road, which is a decent enough traditionally decorated Flaming Grills pub, not a typical pre-match pint, but dispenses beer and food.

To say it’s labelled the “Community Stadium” it does give the impression of being depressingly cut off and unused. Still, with the local council spending around £14million on the venue, I guess they couldn’t name it any other way.

It did appear that access to the concourse and a beer and entertainment marquee with live bands was situated outside the ground last time around, which is apparently a regular set up with access for both home and away supporters.

The ground doesn’t particularly have any character, with four separate stands sat within an expanse of car parking. Holding around 10,000 in total, it’s not particularly big for a new stadium either, though they have plenty of scope to extend and fill the corners if ever needed.

Away fans are usually accommodated to the North end of the stadium, the furthest location from the entrance to the car park and with an allocation of up to 2000. Being a new stadium, it’s not a bad view, leg room is plentiful and a steep rake gives good sight lines. The open corners did little to help the cold and wind on our previous visit, so be warned if you’re particularly nesh and the weather isn’t good!

If parking at the stadium, be prepared for a delayed exit, as shuttle buses and the coaches are allowed to clear before the car parks are emptied. It was an interesting change in that the car park stewards did seems pretty well coordinated, alternating the movement of various queues and trying to keep traffic flowing.

Parking at the stadium costs £6 and can be pre-booked with Colchester themselves. There are local businesses also offering similar priced parking, but the nearest on-street parking is a decent walk away, with residents only schemes on the closest roads.

The nearest train station is Colchester North, which is around two miles away from the stadium and has a nearby shuttle bus to and from the ground.

Local forum member colblade has also weighed in with some pub suggestions on the S24SU Forum, which can be found here. Before last years fixture we also had a visit from ColUDave who gave us plenty of useful information here. 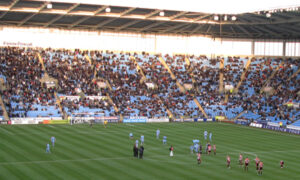 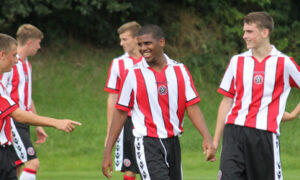