Rising the Ranks: Recent Stars from the Sheffield United Academy

With another international break upon us, John, a neutral, takes a quick look at some of the Blades academy graduates involved with their national teams…

Football didn’t quite come home this summer, but England’s impressive journey to the semi-finals has brought many fans closer to the national team, after several disappointing tournaments throughout recent years. There’s genuine hope that England may become a force to be reckoned with in international football, with a youthful and exciting first team and the recent achievements at youth level suggesting there are some very talented players coming through the ranks.

The 23-man squad that went to Russia in the summer represented the north of England very well, with 15 of them growing up in this half of the country, and several of them being products of youth academies from northern teams, such as Sheffield United.

Kyle Walker, rated as one of the best full-backs in the world, was born in Sheffield and started his football career by joining the Blades at just seven years of age. Walker made his debut for Sheffield United in November 2008 and just under a year later, following some good performances which helped the club reach the playoff final, he joined Tottenham Hotspur.

Walker spent time on loan back at Bramall Lane and also had short spells at Northampton Town, Queens Park Rangers and Aston Villa.

Tottenham Hotspur is where Walker first came to the attention of the England Senior national team and he made his international debut in 2011. In 2017, Walker caught the eye of Manchester City manager, Pep Guardiola, who was looking to strengthen his team’s defence whilst also looking to improve his attacking options from the back. Walker made his move to the Etihad in the summer of 2017 for around £50 million and would then go on to lift the Premier League title for the first time, 9 months later.

Walker has fond memories of his time with Sheffield United and remains a fan of the club. Last season, as Sheffield United defeated Sheffield Wednesday in the derby, Walker said, “They scored to make it 2-2, then it went back to 3-2 and I just started going beeping the horn and going mental, the two of us screaming in the car. It was a great day to be a Sheffield United fan.”

Walker was joined in the England World Cup squad by another local lad and ex-Blade in Harry Maguire. The central defender was very impressive at the World Cup, delivering dominant displays and causing havoc in the opposing penalty area whenever he went up for a corners and free-kicks. According to John Pemberton, former Sheffield United player and academy manager, Maguire was encouraged to play out from the back during his time with the Blades and this is where he first developed the style of play that was appreciated so much by fans of England over the summer.

Maguire was born in Sheffield and came through the youth academy at Sheffield United. He made his debut for the club against Cardiff City in 2011 as they battled against relegation. Maguire became a first team regular in League One and was named the Player of the Year and Young Player of the Year as he helped the club to a play off final in the 2011/12 season.

Due to Maguire’s commanding performances at the back, other clubs started taking note and after another couple of seasons as a regular with the Blades, the defender joined Hull City for a fee of £2.5 million and made a great impression at the club. Despite suffering relegation from the Premier League, Maguire produced some excellent displays in central defence and Leicester City snapped him up for £12 million.

It has proved to be a tremendous pieced of business by the Foxes, who may struggle to keep the Yorkshireman out of the hands of the top Premier League clubs in the future.

Veteran central defender Phil Jagielka has enjoyed a tremendous career at the top of English football. Jagielka came through the ranks at Sheffield United and scored the winning goal for the club against Middlesbrough in 2006 to record their first win in the Premier League for 12 years. Jagielka has since gone on to enjoy over a decade in the Premier League with Everton and represented England 40 times, scoring a total of 3 goals for his country.

Kyle Naughton is another graduate of the Sheffield United academy who joined Tottenham Hotspur and went on to play for England at under-21 level. Naughton currently plays for Swansea City in the Championship having enjoyed many years in the Premier League with the Welsh club.

The Sheffield United academy has produced some top talent over the years including a couple of arguably the best current English defenders in the game. Both Kyle Walker and Harry Maguire are a key part of the current England team which impressed so many people during last summer’s World Cup. Keeping hold of the talent which is produced at the academies of any club is always a tricky task, even for teams playing in the top flight. But if Sheffield United can continue to develop talented young players it can only help enhance the club’s reputation and potentially bolster the club’s finances too. 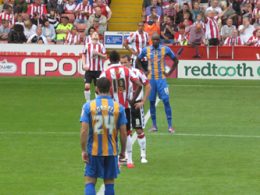 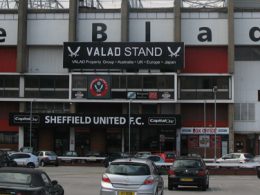 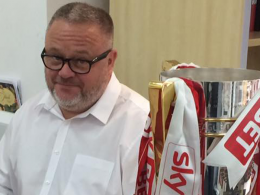 Update: due to unforeseen circumstances the Heritage talk on Thursday 6th June is to be rearranged for a…
byMartin Fox
190 shares
190
0
0 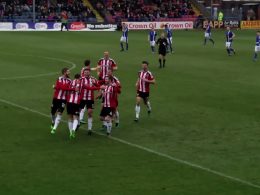 Daniel Lafferty with a fantastic finish during the game which went on to finish 3-3.
byMartin Fox