A Harvey Barnes wonder strike was the difference between the sides at Bramall Lane as Sheffield United succumbed to their first defeat of the Premier League season at the hands of Leicester City.

Many supporters took positives from such a narrow defeat to a side who will be tipped to do well this season, but as ever, Chris Wilder was eager to set high standards, criticising his players for giving the ball away too cheaply and not gaining a positive result from the game.

With just one enforced change, Freeman replacing the injured birthday boy Fleck, the gaffer also named Ravel Morrison on the bench for the first time, after earlier in the week saying he was ready should he be called upon.

The Blades attacked the Bramall Lane end first half and made a positive start, forcing an early corner, which whilst uncomfortable for the visitors, they managed to repel.

After a foul on Lundstram was ignored, a similar, yet softer one was given as Maddison threw himself to the floor, reminiscent of his previous performances for Norwich against the Blades. Fuchs hit the free kick wide, with Henderson confidently leaving the wayward shot to harmlessly go behind.

Shortly after, Maddison got his head on a cross, but couldn’t turn the ball goalwards, before Lundstram fired in a long range effort that rose over the crossbar.

In a familiar sight, O’Connell got forward down the left and combined with Stevens to work his way into a crossing position and put a deep ball across to Baldock. The right back struck a perfect volley from 18 yards, but almost caught it too well as it headed straight at Schmeichel.

It was to be the visitors who would open the scoring, with Basham caught in possession in the centre circle, the Foxes were clinical, Maddison immediately finding Jamie Vardy in space with the defence caught out of position. Egan tried, but couldn’t get near the pacey forward who finished well at the front post before celebrating in front of the Kop.

The Blades looked for a response and Leicester could count themselves fortunate that a touch by a defender went safely behind for a corner as McGoldrick attacked the front post, when it could have easily gone anywhere. Didzy’s strike partner Robinson was next to pressure the visitors, getting in behind but as his shot struck Schmeichel he was judged to have fouled the falling defender he had beaten.

The Blades had another chance before the break when Norwood sent a deep corner to the back post, where completely unmarked, Jack O’Connell headed off target.

It looked from the way they warmed up and were worked at half time that it might not be too long before the introduction of at least one of McBurnie and Sharp, but Wilder began the second half without change.

The only real move of note before that was when Stevens spun on the ball and beat his man, before playing in behind for Freeman, but unfortunately the midfielder had checked his run.

McBurnie and Sharp hadn’t had to wait too long and replaced McGoldrick and Robinson with 54 minutes on the clock.

Record signing McBurnie was to make the decision pay not long after, when after patient build up, Norwood found Baldock on the right hand side who played in a perfect ball for the striker. McBurnie rose well and placed a fantastic header inside the far post with Schmeichel unable to get across to it.

Eight minutes later, the visitors swung the game back in their favour with a rocket of a strike from Harvey Barnes. After a corner was initially cleared, the ball was swung back in to the far post where Söyüncü appeared to climb over the shoulders of John Egan restricting the defenders jump (looking forward to the replay showing why this wasn’t given by VAR) and head back towards the edge of the box where Barnes smashed the ball on the half-volley into the top corner, the helpless Henderson not even moving before the ball hit the back of the net.

Whilst it was a finish worthy of winning any game, the Blades went looking for another equaliser and as the visitors dropped deeper and sat in, Lundstram forced Schmeichel into performing a top drawer save from a powerful volley – as it turned out, an offside was retrospectively given anyway.

The gaffer once again made an attacking substitution and sacrificed Basham in order to bring on Ravel Morrison for his first Premier League minutes for the Blades.

As Leicester sat deep and looked to protect what they’d got, the Blades pushed forward first winning three corners which came to nothing, before Freeman was brought down for a free kick in a dangerous position. The shot unfortunately was deflected over by the wall and the Blades ran out of time, Leicester City securing their first win of the season.

Whilst Wilder said in his post match comments that the visitors deserved their win, there wouldn’t have been too many complaints had the game finished on an equal footing. 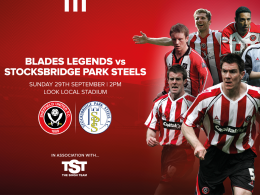 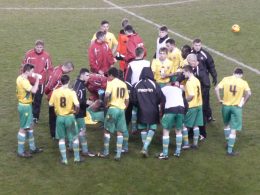 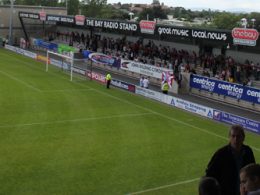 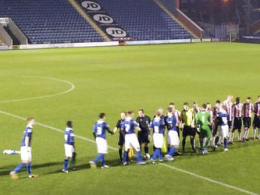