The 17th June sees the long awaited return of some Premier League action, albeit behind closed doors.

Being the Blades game in hand, it’s a fixture that looks to give some parity and get the season back on a level playing, Sheffield United astoundingly able to put themselves into the top five with the right result on the day.

We thought we’d take a look back at the reverse fixture which now seems like an age ago.

Back in December, Premier League strugglers Aston Villa visited Bramall Lane to take on a Sheffield United side who had less than a week earlier beaten the other recently promoted side Norwich City.

It was John Fleck who took the plaudits in securing all three points in a 2-0 win for the Blades, United with a convincing second half after just shading a stalemate opening 45 minutes.

The gravitationally challenged Jack Grealish hit the bar with a penalty, given when the ball hit the outstretched arm of John Egan as he tried to clear a cross, but that was as close as Villa came. 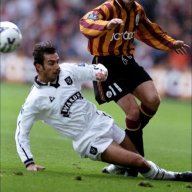 View 9 minutes of extended highlights from the game below:

With a great all round performance from Fleck to go with his brace, he was the winner of the S24SU Player Ratings Man of The Match with a rating of 9.31/10 (average from votes of all participating supporters).

“We still look a mile off Sheff Utd tbh, and we’ve had plenty of time. However i don’t think they will be down there by the end of the season, so it’s the games ahead that really are MUST win. I’d love to show the commitment Sheff Utd do, and play the football they do too” 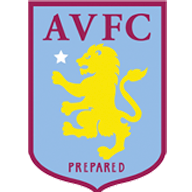 The sides meet again on 17th June, a game which will be televised live in the UK on Sky Sports Main Event and Sky Sports Premier League.

Follow our Twitter: https://twitter.com/s24su for coverage of the game and why not get involved on our busy discussion forum? – https://www.s24su.com/forum.