This Sunday (18th May) sees a Charity match at Bramall Lane between a “Celebrity All Stars XI” and a Blades legends team with all proceeds going to Once Upon A Smile Foundation and Prostate Cancer UK.

The celebrity team will be made up of actors from Emmerdale, Hollyoaks and members of boyband 911 taking part, whilst 2012 World Cup Final referee Howard Webb will take charge.

United’s team will include David Holdsworth, Rob Hulse, Georges Santos, Craig Short, Dave Kitson and Curtis Woodhouse, whilst it has been announced recently that James Beattie ha been added to the squad.

Tickets are priced at £6 for adults and £1 for under 16s, and are available now online at www.sufc.talent-sport.co.uk by phone on 0871 995 1889 or from the Sheffield United ticket office Monday to Friday, between 9am and 5pm.

There are also a limited number of exclusive after match VIP meet and greet tickets available, which will give ticket holders the chance to meet the celebrity and football players of both sides in person after the game. 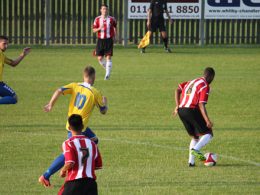 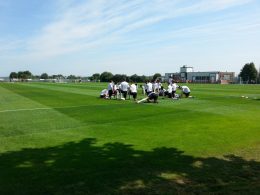 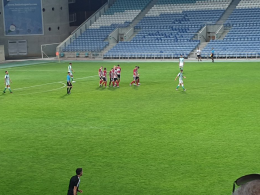 On a day when the Blades once again broke their transfer record, signing Callum Robinson from Preston North…
byMartin Fox

By far the furthest away of the domestic friendlies, a trip to Morecambe and The Globe Arena allows…
byMartin Fox