A Blades XI compromising of members of the U23/Development squad played Sheffield FC at the Coach and Horses on a rainy Tuesday night, watched by 311 supporters.

With a run out for Kieran Wallace confirming he was still at the club, the Blades named four “trialists” – though one of those did look mightily familiar – and gave plenty of the 22 players who travelled a run out.

It was a first half Jordan Doherty header that separated the sides, the Republic of Ireland Youth International nodding past the helpless Chris Butt in the Sheffield FC goal. 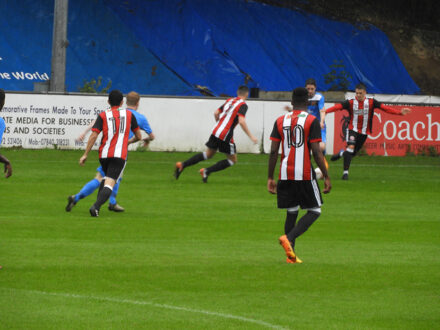 The Blades would have added to their slender lead had it not been for a couple of great saves from the club stopper and cracking the post with a fierce effort, though the hosts will have felt themselves unlucky not to have finished level with Dewhurst pulling off a fantastic recovering save after gifting them a golden opportunity late on.

A number of the U23 squad will be back in action on Saturday as they travel to Scarborough Athletic.