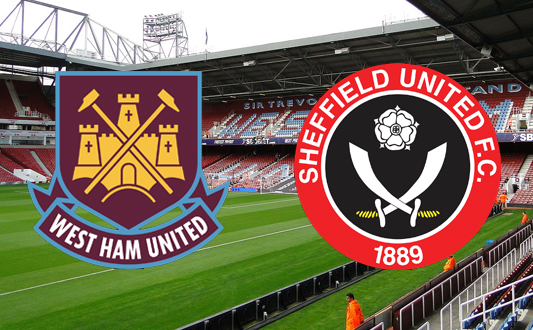 Sheffield United take on West Ham United in the Capital One Cup tomorrow evening, in what should be an interesting fixture for all involved.

On the eve of our first trip to Upton Park since 2006, we thought we’d have a quick chat with a couple of Hammers about the game…

What were your initial reactions when the draw was made?

[Liam Spencer – ironviews.com]
Above all else, my first reaction was one of excitement. It’s been seven years since the Tevez fiasco yet every year we’ve managed to avoid you in both cup competitions. The atmosphere at Upton Park will be electric and the fixture will definitely have resulted in a few thousand more tickets being sold.

There’s still a feeling of resentment towards Sheffield United, mainly due to the longevity of the case following your relegation, so to finally have the chance to get one over you after so long is something we’re all really cherishing.

It’s a tad ironic using the phrase ‘get one over you’ given everything that’s happened to your club since we last met, but football is a fickle game. I very much hope that you’ll bring a strong crowd with you to create what should be a really entertaining night in East London. Sheffield United have become a club we love to hate, and I’m glad the rivalry is there.

[Sean Whetstone – Westhamtillidie.com]
A lot of Hammers were pleased to see this draw, they see it as a revenge grudge match although previous dislike was targeted at Neil Warnock and your board rather than the Blades fans themselves.

We’ve seen a bit of press regarding Carlos Tevez masks, what is your take on that? will you be joining in?

[Liam Spencer – ironviews.com]
Carlos Tevez is still regarded as an East End legend by most, so the chance to at least bring him back in spirit to Upton Park is something I’m very much looking forward to.

Some may label the masks as ‘pathetic’ or ‘cringeworthy’ but I think it’s brilliant. West Ham fans don’t take themselves too seriously and I hope the Sheffield United following don’t either.

As mentioned above, it would be good to see your fans respond in their own manner. The first round of the Capital One Cup is generally a bit dour so anything to spice things up a bit sits well with me.

[Sean Whetstone – Westhamtillidie.com]
I guess West Ham believe Sheffield United were not good enough to stay in the Premier League that season and it was a bit like crying over spilt milk or being like a bad loser. Of course West Ham did wrong but the out of court settlement of £18m seemed excessive as a further punishment after being fined £5m already. If Manchester United had done it I doubt there would of been any outcry.

How do you see the game going?

[Liam Spencer – ironviews.com] After watching us beat Palace convincingly at the weekend I’m confident we’ll put in a similar performance against your lot. Last year we faltered in the cup due to a lack of squad depth, but our summer additions should prevent that happening this time out. The history between our two sides means that the players definitely have something to play for, so complacency won’t be an issue. You might score one goal, but we’ll net at least three.

[Sean Whetstone – Westhamtillidie.com]
I see Sam resting some of the senior players for the league against Southampton on Saturday and giving some of the promising kids from the Academy a chance, he will also add some of the new signings who are not quite match fit a run out. It won’t be like Nottingham Forest last year which was embarrassing, we really want to win this one and a loss would be disappointing.

What are your strengths, weaknesses and the players to watch?

[Liam Spencer – ironviews.com] Under Allardyce our main weakness has been the failure to finish chances. It was our Achilles heel all of last season and was present against Tottenham last week. Thankfully, with the influx of new players things in that department are improving; Mauro Zarate, Enner Valencia and Diafra Sakho all join the club on the back of very impressive scoring season in their respective foreign leagues.

[Sean Whetstone – Westhamtillidie.com]
Our strengths are the quality of players we will have available to play, Ravel Morrison is likely to feature along side new signings Valencia and Sakho which I think will just be too much for the Blades on the night. Our weakness last season was scoring goals, I hope we turned a corner on Saturday against Palace but finishing has been our weakness. Our other weakness is we struggle against smaller teams in lower divisions although I am not sure why.

What sort of side do you think Big Sam will put out?

[Liam Spencer – ironviews.com] We won’t play our strongest team on Tuesday, but look out for 19-year-old Diego Poyet and Enner Valencia – both set to make their full debuts.

It will be a side of mixed experience; a few senior players with a handful of youngsters in their too. Many are hoping that academy graduates Danny Potts and Reece Burke will get the nod, while Mo Diame and Matt Jarvis should be handed their first starts of the campaign.

We should look to build on the promising attacking performance against Palace, but at the same time prevent your forwards getting anywhere near our penalty area. Easier said than done.

[Sean Whetstone – Westhamtillidie.com]
I expect Jussi to start in goal to give Adrian a rest, Young defenders Reece Burke and Danny Potts will probably get a chance along side Winston Reid and maybe Carl Jenkinson if he is fit.

In midfield I expect Ravel Morrison to take the Kevin Nolan role who is injured with Zarate on the bench, Blair Turgot might get a chance and maybe Downing, Diame and Noble will also feature.

As for strikers I believe he will choose from Diafra Sakho, Enner Valencia and Elliot Lee

What do you predict for your season? He divides opinion, do you think Allardyce is up to the job?

[Liam Spencer – ironviews.com] Judging Big Sam and how our season will go is a really difficult one.

Early signs have suggested that Allardyce may have the capability to change his ‘hoofball’ tendencies, but I may well be saying different in a few months’ time.

If I had to put money on it I’d go with an 9th place finish.

[Sean Whetstone – Westhamtillidie.com]
I think we will achieve mid table obscurity again and survive relegation in our third season back in the Premier League, Big Sam is up for the job to keep us in the Premier League but I am just not sure he can push us on to become a top 7 side. He has just this season left on his contract and I don’t him getting an extension at the end of this season.

Our thanks again to Liam and Sean for taking the time to talk to us about the game, lets hope we have plenty to talk about after tomorrow night, for all the right reasons! 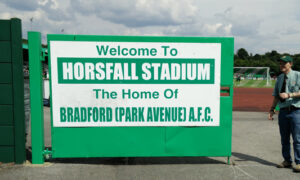 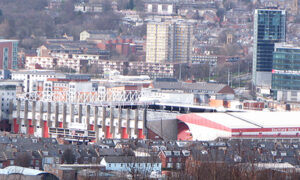